SBM 097: How Humour Can Help You Sell with David Nihill 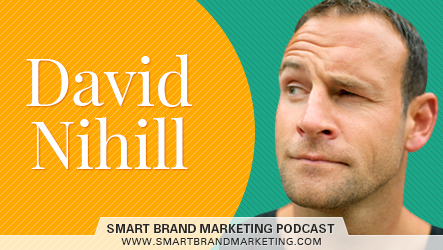 In this episode you will learn about the role humour plays in business .

David Nihill is an expert in creating engaging content and becoming a better public speaker using techniques from the world of standup comedy.

This is the 97th session of Smart Brand Marketing.

The best Tedx talks are funny. You don’t have to be, but if you want to get paid for talking you do.

Humor and Sales: How to Make them Work Together

Any person with an experience in sales will tell you that the process of convincing a person to buy something or subscribe to a program is no laughing matter. It takes quite a lot of maneuvering to make a person shift his perspective to something more favorable to you, even if this means being blatant about the fact that you have your own agenda in why you want them to do something for you.

But here’s the thing: sales is also a process that relies much on you establishing a connection with another person. This won’t happen if you can’t break down several barriers that prevent them from responding well to you. And how are you supposed to this? The easiest option right now is to make them laugh.

The Science of Humor 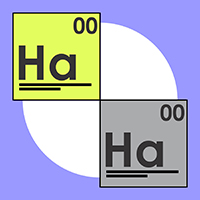 So what exactly makes humor an effective tool in sales or anything else that involves human interaction? It’s easy to say that it helps you lighten up regardless of whatever situation you are facing. But what exactly does it mean to “lighten up”? Biology has an explanation.

When the brain detects some stimulus that is humorous, it sends signals to the body to release endorphins all throughout the system. Now, endorphins are pheromones that do a lot of things for the body but, for the sake of this topic, one of its chief functions is to help make the body relax and feel good. Of course, making the mind enter a state of relaxation means that that person is all the more susceptible to any suggestion or proposition that you might offer.

So, here’s how it works: A client that you might be facing might just had a bad day. Their car’s been towed, the neighbor’s dog dropped a nasty surprise at their door before they go to work, or they botched up their planned eggs and bacon breakfast and now have to settle with cereals. And here comes you, coming in straight for the kill and about to present to them another burden or another thing to worry about. Chances are, you’d be shot down way before you can even make an offer.

However, if you do approach them in a way that can make them lighten up, they’d be in a position that will be more favourable to you at best or more open to negotiations at best. Think about it, how many instances have you seen where a rather tense situation was diffused by just one joke? Then President Ronal Reagan did it with his first meeting with then Premier Michael Gorbachev. The same goes for selling something to a person.

After all, if Hunter “Patch” Adams can inject humor in a rather humorless profession, what’s stopping a business owner or salesperson from doing the same to theirs?

Humor as a Selling Point 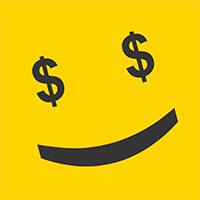 A major trend that you can also use to your advantage right now is the fact that humor itself sells. For further convincing, look no further than the comic book genre.

Two of the chief players here, Marvel and DC, have very different approaches to their cinematic universe. On DC’s side, you’ve got this overly serious look at superheroes where everything is bleak and grim and every hero is just as brooding as Batman.

On the flip side, you’ve got Marvel whose characters are cracking jokes at each other and even when facing world-ending threats. You’ve got Star-Lord challenging Ronan to a dance off, Black Panther’s sister mocking him for his footwear, and Captain America writing down every pop culture thing he missed being frozen in ice for 50+ years. It goes without saying that Marvel right now is killing it with movie after movie while DC’s universe has yet to follow up on Wonder Woman’s success.

This is something that’s not limited to movies, mind you. Marketers have often relied on humor, directly or indirectly, to sell anything. From double-entendres, puns, sight gags, and references, the way that a marketer can make use of humor as their tool is limited to their creativity. The good thing about humor in sales is that you don’t have to be exactly that funny in order to use it effectively.

So what kind of humor works best in sales? After all, there are many types of humor out there and not all of them, well, are really applicable with selling. As of now, there are two types of humor that any salesperson should really consider mastering.

What NOT to DO

Of course, if a good joke can help you establish a connection with a client, a bad joke can turn them off. Keep in mind that humor is subjective so what is funny for one is not exactly so for another. Just for the sake of safety, you’d best avoid certain jokes like the following:

How to Be Funny (or Funnier)

As was stated, you don’t need an in-depth mastery of the humorous arts in order to use jokes as part of your sales strategies. However, there is a fine line between being unused to being funny and being downright horrible at it. If you think your funny bone needs a bit of exercising, there are a few tips that you can refer to.

Being funny and being effective in sales is an art in itself. It’s even a long and tedious process as you have to go through multiple trials (and errors) as you master your script. However, that does not mean that being funny and being convincing in sales is an impossible feat. What it requires from you is to learn when to strike a balance between making that person laugh and actually guiding them through the sales process.

Have you tried being funny with your potential clients? What types of humor do you think are acceptable for sales in the current times? Let us know in the comments below.