SBM 079 : How to Make Millions Staying Under The Radar with Dan Miller 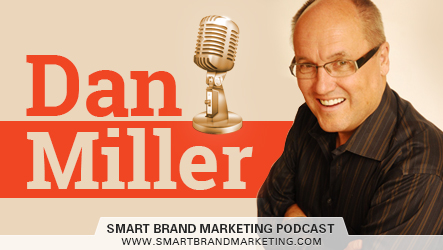 Dan Miller is the author of 48 Days to The Work You Love and No More Mondays.

This is the 79th session of Smart Brand Marketing.

It’s not often that I get to meet someone with 20 years of under the radar success that has made millions of dollars online.

He has created an online community that helps people discover the work they love.

Rough breakdown of his pricing:

His main traffic channel is a weekly newsletter that was started in August of 2000. Dan never missed a week.

MY BIGGEST TAKEAWAY: The seeds you plant now can pay dividends for the next 20+ years. Dan gives some specific examples in the show.

What are you waiting for…. press play

Can You Earn Profit While Staying Under the Online Radar?

So since both profit and growth are not one and the same, does that mean that you can be a profitable business without being popular? The short answer is yes. The long answer is that you will have to keep mind of a few things first in order to do that.

Why You Might Want to Consider Keeping a Low Profile

Let’s get it out of the way first. Every single person who has opened a business out there does so with the aim to succeed. If you don’t want to succeed, as they say, it’s best that you don’t even set your business up in the first place.

However, when you do le your business grow at a rate faster than what you have planned for, you open it to a whole slew of risks that can hamper your business and even cause it to stagnate. The way it does this is through one way: It exposes you to unwanted attention. 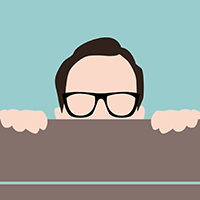 When you start growing as a business, you start exposing yourself to a wider section of the industry. And with exposure comes the disadvantage of you dealing with more competition.

It’s a bit like in sports where the rest of the industry ignores you because you are nobody until you start expanding your operations and succeeding with your goals.

Make no mistake. Competition is healthy as it allows you to expand but it does put a lot of unnecessary pressure on your part. Not only will you have to impress your target market now but you will also have to deal with competition from almost every direction. However, if you can exercise restraint in improving your business’s range while maintaining a low profile, you can allow your business to strengthen itself and earn money while until the time is right for you to go for a high profile campaign.

How to Earn While Flying Under the Radar?

So, how do you go about becoming a success in the market while keeping a low profile? There are many strategies out there like the ones down below.

What to Do When You Become Popular?

One thing you must realize is that maintaining a low profile forever is never assured when it comes to business. Eventually, your loyal customer base will grow until enough people know who you are. This will eventually cause your business to break out into mainstream consciousness which should open you to new competition, new markets, and better income.

Assuming that you have prepared your business for this event, how then can you maintain consistency with your operations while also dealing with your newfound popularity? There are ways to do so and listed below are just some good examples.

However, if your goal has always been to take things as far as possible, then what’s stopping you? Your business’s growth and profit are only limited to your tools and your creativity. It’s just that your business should be ready for the challenges of going big once it gets big.

Have you ever considered maintaining a low profile for your business? What other ways have you used to better prepare your business in case it goes big in the market? Let us know in the comments below!