SBM 016 : How to Succeed Every Time on Kickstarter with Clay Hebert 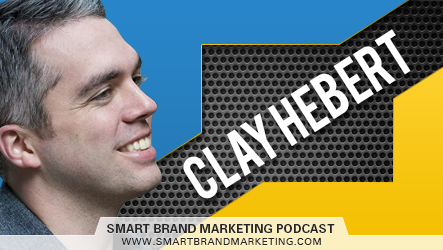 I’ve wondered about Kickstarter for some time now. It seems like a great platform to start a small business of off or to validate a new idea. This guest has became an expert by helping others fund their goals. This interview enough gives you all the info you need to create a successful campaign. Not a long interview but its jam packed with info.

How to Succeed at Kickstarter; Always

Funding is always a big issue when it comes to your projects because, unless you are Elon Musk, you won’t have enough money to conceptualize, product, and fine-tune your product to deliver on your project goals. Fortunately, there are ways to crowdfund for your project right now and one of the more accessible platforms out there for such would be Kickstarter.

However, here’s the klcker: putting up a Kickstarter project is like asking out the hottest girl in town to go on a date with you. On the best chances, you are opening yourself up to an equal proportion of exhilarating success and soul-crushing embarrassment. Is there a way to tweak the odds to your favor? The answer is yes and, surprising enough, it’s actually quite simple to pull off.

Before anything else, you must first understand that the gap between projects that succeed in Kickstarter as opposed to those that failed is pretty high. Basically, there are more Kickstarter fails out there than success stories.

Why is this so? Here are a few reasons:

So, with a considerable win/fail ratio on the site, what should you to make your Kickstarter campaign reach its goals? Here are a few tips.

To Wrap Things Up

So, is there any assurance that your Kickstarter campaign is going to be successful even if you plan for every detail of it? The answer, sadly, is no. There is still a chance that your project will become the next biggest failure in the platform.

However, that does not mean to say that success in Kickstarter is reliant on Luck because, as the successful campaigns out there would tell you, luck has nothing to do with their success in the platform.

What you must do is convince people of the viability of your ideas and your ability to turn those ideas into reality. If you can do that, at the very least, then your stay in Kickstarter should be a rewarding one.

Have you tried Kickstarter before? What other strategies have you used to reach your campaign goals there? Let us know in the comments below!

Find Your Niche and Get Massive Leads with Jason Swenk