SBM 004 : Life of a Consultant and What it Takes to Create a Successful Podcast with Tim Conley 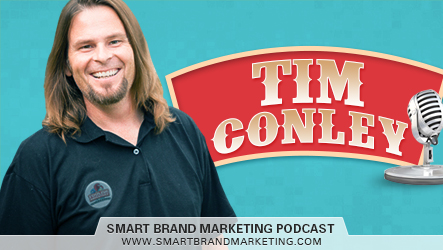 Welcome to the 4th episode of Smart Brand Marketing with Tom Libelt.

The Realities of being a Consultant: Should You Become One?

Quick, think of a job right now that is seemingly easy to do and will yield you a lot of money relative to the amount of effort you have put in it. If the answer to that is not New Flavor Tester at an ice cream company (admit it, that job kind of rocks), then the next best answer would be telling people what to do with their lives or business ventures.

The latter is the core concept behind the work of a consultant and being a consultant can make for a rather lucrative career move. But the question is if consultancy is the best career option for you? Before answering that question, there are a few truths about being a consultant that you should definitely be aware of.

Reality # 1: You are Going to Deal with a Lot of Unhappy People 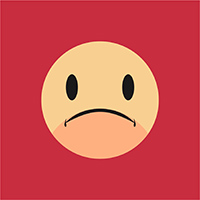 This is probably apparent if you are already in the corporate world but you’d be surprised that a lot of people are not just hardwired for optimism. You might encounter people who will tell you that your work is not acceptable even if you have put in a lot of effort in making things work. There’s always a glitch, a potential problem, or a relatively petty issue that these kinds of people would see and it can weigh you down if you get such criticisms one after another.

Here’s the thing, though. Such kind of clients will never be satisfied regardless of who does the job and how they do it. You can avoid having to deal with these people by having them sign up a contract that explains the terms of your work and how you conduct it.

Reality # 2: Just Because You’re Good at Something Doesn’t Mean that You Should Consult 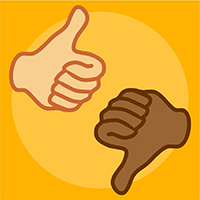 Some people have this idea that becoming an authority in something does not mean that they are fit to tell other people how to do it. Knowing things is just half of the requirement to qualify as consultant. The ability to turn apply that knowledge in meaningful ways is where the bulk of your work is at.

First of all, consultancy is a fairly unpredictable field which can mean that most of your work will involve pushing beyond the boundaries of what you know and into relatively uncharted territory. IT Consultants, for example, don’t just have to know the newest Information Technologies out there. It’s their job to find out which combinations of software, networks, hardware, and even professionals will result in the best possible outcomes for their clients.

Next, there is the notion that problems can pop up even with the best laid of solutions. Such unexpected circumstances can test your skills even further and this is where a lot of consultants either fail or succeed. If you’re content on teaching people the theoretical aspects of your discipline, then becoming an instructor might be a better career path for you.

Reality # 3: It’s Not as Glamorous a Job as You Think It is 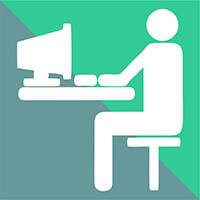 Admit it, you might have been drawn to becoming a consultant because of the life they live. Having to fly for thousands of miles to meet a client at fancy restaurant, all at the agency’s expense too boot, might be what you call an ideal career and this might be true in some cases. However, there are certain realities of becoming a consultant that is not as talked about.

There are moments when you are called late at night to travel the next day to a small town you have never heard of. There are some instances when you will go without food and water, leaving you exhausted by the end of the meeting. There are also the countless hours you have to spend on actually developing a network for the client, going through pages of worksheets, and filing paperwork just to meet deadlines.

The point is there is some truths to consultants enjoying some great perks but all of these come at a price. And that price involves putting in more effort than a standard 9-to-5 worker is expected to give out.

Truth # 4: The Field is Extremely Competitive 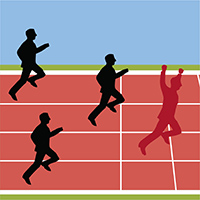 There is a certain policy that consultants follow and it’s called Up or Out. How it works is simple: You either go up as a consultant or go out of the business. There is this constant push to improve yourself inherent in consultancy that, at times, you can question whether or not this path is the right one for you.

On the flip side, this competitiveness has given rise to the misconception that consultants are these ruthless cutthroats that tear each other apart the sooner an opportunity to advance oneself in the field appears. The truth, however, is that the up or out policy is put in place so that people don’t stagnate in this kind of work. If you have the ability to produce high-quality work and are known to work well with others, then you should do well as a consultant.

Truth # 5: You Rarely Get to Work with CEOs

A lot of people believe that consultants have a direct line to company executives since their line of work directly connects with initiatives coming from the higher ups. While some consultants do work with executive officers, and good for them because that means they get paid a huge amount regularly, most consultants work with people located at the lower tiers of an organizational chart.

More often than not, you will find yourself directly working with managers, vice-managers, and even department heads which means that the scope of your work is not as big as other consultants. However, connections with these kinds of people are not to be scoffed at. The perks of having a good relationship with lower level folk is that if they do get promoted, and much of the reason for that promotion can be traced back to you, you can also be indirectly moved up the organization’s ranking. It simply means being a consultant allows you to have friends in slightly higher places that can help you advance your own career later on.

Should You Become a Consultant?

Without a doubt, consultancy has its own set of challenges and rewards. Because of this, it would be better if you consider a few things first before you decided whether or not becoming a consultant is good for you.

To Wrap Things Up

Granted, there are certain drawbacks to becoming a consultant that can scare a lot of people. The price might be even too high for some people which would lead them to choosing a lesser-paying but more secured job.

However, if you do plan for every setback and cover the basics, you might just find out that you are fit for the path of a consultant. Once you think you are ready to venture into this kind of world, the next thing to do is to, well, keep up with the rest of the competition. And make no mistake about it, the competition here is quite fierce.

Have you thought about becoming a consultant? What other concerns do you have that you want to address before you decide to become one? Let us know in the comments below.

Peter Shankman on Being Nice and Getting Publicity The Easy Way