SBM 006 : Organize and Attend Networking Events Like a Boss with Darrah Brustein 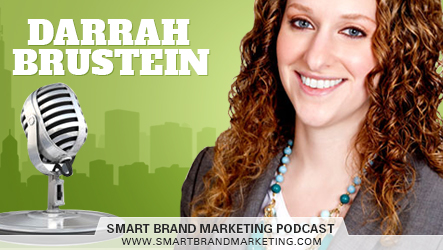 Welcome to the 6th episode of Smart Brand Marketing with Tom Libelt.

My guest this week is Darrah Brustein. She is the founder of Network under 40. We chat about how someone can organize a networking event without having a big network and what a person should and shouldn’t do when attending one.

Picking The Right Networking Events and Why it Matters

However, there is this one glaring problem with networking events: where should you go to? The answer to that will depend on you but, first, let’s look at a few important aspects to picking the right networking event for you.

Why it’s Okay to Skip on a Few Networking Events

Here’s a secret: you don’t have to do networking at all. In fact, a lot of successful entrepreneurs managed to establish their businesses without having to jump at every networking opportunity they encounter.

Depending on your case, there are several perfectly valid reasons why you should not really devote much of your time to attending networking events.

So will every networking event you go to be a waste of your time? Not really. At this point, you should pick and choose where you want to go in order to maximize the results of you being there.

To determine if a networking event is worth your time, you must answer these four questions.

Making the Most of Your Presence

Supposed that you’ve decided to go to this event. What now? Planning and preparation are the key to making your presence in any networking event impactful. Here’s how:

Prior to the Event 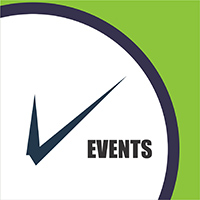 For starters, you need to do your homework regarding the event. Find out what topics are going to be discussed there and come up with at least 5 talking points that you can use to start a conversation there. Don’t worry about being corrected by people who know more of the topic than you at the event. If you know how to deliver any line without sounding like a tool, then you should make friends there.

Next, prepare a lot of business cards beforehand. Your business card is your primary line of communication with your contacts after the event so have at least 20 produced before the event and place them in your pockets.

Lastly, choose what you will wear. Dressing appropriately can make for a good impression with your potential contacts and might just help them make that call to you. Of course, you’d have to find out what the event organizers are expecting that their delegates will be wearing in that event. After all, it can be a bit awkward when everyone is on their casual attire while you look like you’ve just stepped out of a Great Gatsby party. 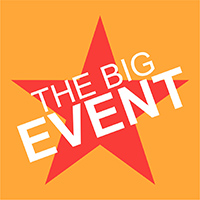 First and foremost, don’t stalk around the place looking for people to talk to like you’re some lion looking for a gazelle to pounce on. Instead, move in your own pace. Whether you wait for someone to talk to you or politely introduce yourself to a stranger. If you’re a wallflower, practice beforehand introducing yourself to other people.

Also, make it a point to call people by their first name. This is not a rude thing to do in networking events as delegates are required to place their name tags where everybody can see them. Plus, calling people by their preferred name tends to make them more comfortable which talking to you.

It is here that your social skills will come in handy so freshen up on the basics. Don’t rudely interrupt someone who’s talking by interjecting your own story. Instead, learn to listen and talk only if it’s your turn.

It would also be important that you try not to sound like a salesman at this point. You’re trying to make friends, not close a deal, so talk like you want to be their friend.

When a session is going on, it is best that you refrain from doing any networking. Every other person in that room would be focuses on whatever the person in front is saying. It just makes sense that you don’t interrupt them by talking about something else.

Finally, don’t leave someone mid-conversation especially if you spot a friend nearby. Let the conversation end properly and learn how to excuse yourself out. Of course, never forget to offer them your business card. 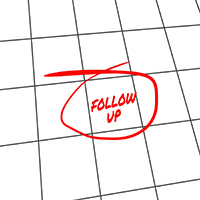 Every networking event should have helped you meet new contacts but your networking doesn’t end there. What you would do immediately after the event will also matter.

To Wrap Things Up…

So, if it’s rather pointless for you to go in every network event, does that mean that doing network is generally pointless as a whole? Not really. The point of choosing where you should go for your networking is to prevent you from spreading yourself too thin to the point that you get turned off from networking altogether. Choose where your presence is going to make the most impact and you should be able to make the most out of your networking efforts, whatever they may be.

Have you felt burned out from doing too much networking? How did you decide on which events you should go to and which ones to avoid? Let us know in the comments section down below.

Peter Shankman on Being Nice and Getting Publicity The Easy Way